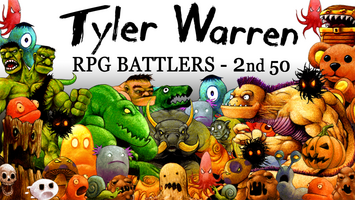 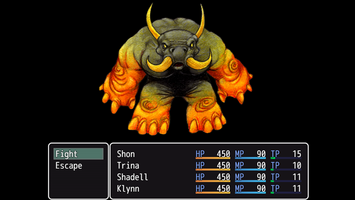 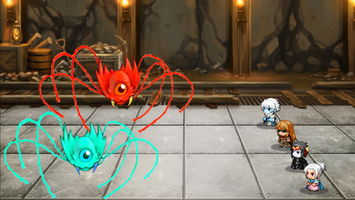 Back in 2005, as I was studying economics at University, I had a piece of time available over the summer and decided I would try to make my own RPG game using the C# programming language.  I drew nearly 100 enemies and had created a rough barebones program, but realized that time and talent just wasn't adding up, so I shelved the project, keeping what I had made.

Several years later, while looking to help teach my kids programming, I came across RPG Maker and realized the tool was exactly what I needed.  By now I was a busy professional instructor and there was little or no time to advance my own project, so I connected with the RPG Maker team and asked if they would be willing to resell the assets I'd created.  they agreed and since 2013 I have been producing packs of monsters for use in RPG games.

All of my monsters are "old-school" hand drawn on paper using colored pencils, then scanned and editing in Photoshop.  I have not yet learned how to use the many tools available for digital painting, but I hope to do so in the future.

This 2nd 50 pack is a sister pack to the 1st 50, having been made at the same time.  Originally it was just the images, but based on feedback, I offered a version for each with reduced noise and facesets for each monster.

50 more colorful characters created in the spirit and style of classic RPGs!